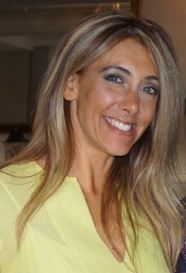 Wendy LaMotta is the Center Administrator of the Surgical Center at Millburn. Her journey with the Surgical Center at Millburn began in 2005 as a staff nurse and has been highlighted by becoming the Center Administrator in 2015. LaMotta is a Registered Nurse and a decorated boxer where she has held multiple titles, even being ranked as high as No. 23 in the world and No. 7 in the country. She is both a healer and a fighter.

LaMotta launched her nursing career at Clemson University, obtaining a Bachelor’s in Science in Nursing in 1994. Years of working as an operating room nurse in Overlook Hospital in Summit, N.J., opened the door to a career in ambulatory surgery, where she worked her way up the clinical and administrative ladder.

Along the way, LaMotta’s commitment to service led her to New York University, where she earned a Master’s in Public Administration in 2007. Acquiring the skill set for public service led LaMotta to the founding of Round 2 Resources (R2R), an organization devoted to safeguarding the environment by matching donated items against the Community Wish List to provide for specific people in need. Not only founded by LaMotta, she serves as the President and CEO. LaMotta also participates in Medical Mission and Habitat for Humanity trips that have included Honduras, Haiti, Panama and Guatamala.

The Surgical Center at Millburn (SCM) takes great pride in hiring a staff of professionals. Our team of skilled physicians and clinical staff is comprised of friendly, courteous and knowledgeable staff members who put patients first. From the moment you walk through our door to the time you leave, you will be cared for like family.

We love our jobs and have a breadth of experience and diversity to fully serve our patients;